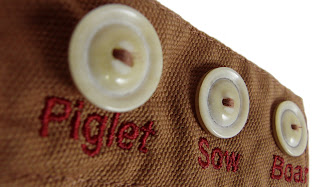 It’s mid June and the new harvest is in. Picked under the moon and laid upon the farmers market stand at daybreak. A baker’s dozen of gorgeous sweet corn gathered and steamed.
A dozen ears appear at the table. Somehow, one has disappeared between the kitchen and table. She smiles sweetly and I can see the evidence.
I fumble an ear to my plate, fingers snapping from the burn, but this is no time for sissies. I cut from the butter dish a gigantic slice and lather the kernels. She does the same, smoothing the golden liquid over and around and around. I hurry and grab the salt first. I adjust the shaker top to enormous and sprinkle over and over, turning the beckoning cob.
Now, now, the summer is here, and the bounty is ready, and the rewards deserving. I typewriter across, click click click, ching. Click click click, ching. The butter flumes upon my chin, and the glorious taste releases the endorphins. Salt tingles my tongue and enhances the butter, the sugar lopes across my mind, and I say things to my god.
I toss the over-and-done-with ear. I grip the hot new ear named for me and it burns me, just as she does-, she is already salting her second ear. I butter furiously, asking if she even savored that first ear of the season, she is already into the second ear and she won’t stop to answer. She’s like that with her sweet corn. Bitch.
Quickly she has four cobs to her name and I six. My jaws ache and my gut bloats but my taste buds scream, demand more. Faster I type, click click click, ching. Only two remain and I want them both. Both!
I lean over the table and try to slide the salt toward me with my elbow. She counter attacks and elbows me in the ribs. Pain shrieks to my brain but I don’t stop typing. I won’t stop until the last ear of summer is mine. Mine. I wheeze as she grips another new ear, slathers it in the elixir of butter-and-salt pooled on her plate. Mighty sly of her. With that ear still on her plate, she grips the final ear.
I gasp, kick the chair out from under her, and take my Precious. Slide it through the ooze on my plate and inhale. Sweet kernels of lush flavor and salt. My mind explodes with pleasure as I roar across the cob.
My elbows and face are smeared with excess and satisfaction as I lay down the final cob. Another ritual of summer has fulfilled its destiny. I lean down and help her from the floor, for I am dying to kiss those salty lips.
Posted by Spike at 3:20 PM 1 comment: 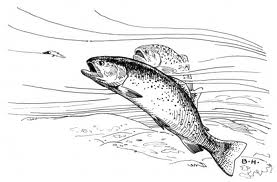 Under the surface of the water, hidden below the riverbank, the predator could smell the insects, the vibrations from their struggle to escape. To live.
More signals filtered across his snout. The competition was feeding.
Their sudden lunge swept energy waves across him. Each pulse enticed the chemical release within him.
Caution prevailed over his actions. He had lived to be the strong.
Others fell to the dangers of his world where 360 degrees hid peril. Jeopardy and death held the same meaning here.
Nothing in his world needed anything from him, but his flesh. Caution, knowledge, skill, kept him alive.
But to eat. He needed one thing in his world. The flesh of another.
The insects pulsed their death dance.
One more competitor left the bank. His caution had missed yet another meal. Conflicting thoughts raced back and forth across judgment.
The victim struggled, the signals were clear. It could be killed and its flesh would become his. Still he waited. Death intertwined with opportunity each and every time he left his safe place.
But was he not the strong? He lived and he killed all who had crossed before him. Never had he been wrong, never had he been preyed upon and lost. He had only been victorious.
The chemicals infused his muscles and swelled the flesh, his flesh born from the flesh of weaker things. He wielded the power of a thousand victims, all given alliance unwilling to him, their master now.
A fish broke away toward the sound. He too broke into a frantic struggle to win the flesh of another. To race, to not deviate from the one-mindedness of a single purpose.
The flesh of another before it was taken by his competitor, lost, and thus weakened by the same degree his opponent would strengthen.
To lose is to lose his power. Power keeps him alive. Power, more and more power over others. So he would eat the flesh of others.
Ahead he could see his rival ramping toward the sound of the prey. He burst forward using all his focus and his strength to capture, to overpower his rival.
To win.
Wound up like a spring, the rockets fired and he traveled warp speed toward the prey, past his competitor, to take the flesh, to gain in the same sum that his rival would weaken. To win.
The man fired his bow; predator became prey, victim to his pride in the last second of life.
Posted by Spike at 3:34 PM 1 comment: